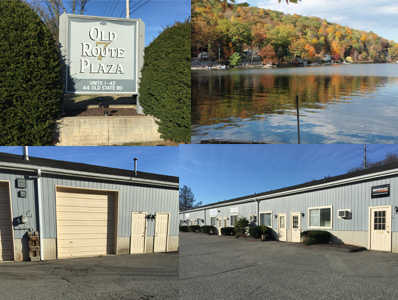 The perfect little office for a owner-user, 1145 sqft.   It may be possible to be split the office for 2 separate users because there are two door entrances on opposing sides of the office condo.

The building was built in 1984. Has city sewer and water.   220 Amp electrical service. The condo unit includes 4 parking spots, 2 in front of the office, and 2 located by the back side.

My best friend is rebuilding his waterfront home in Milford, Connecticut.  On a relatively quiet Tuesday afternoon I decide to accompany him to go granite and tile shopping for his new house.  We were referred to this warehouse by Klaff’s of Norwalk.  Klaff’s Design Center will help you select and coordinate your new kitchen or bathroom cabinets, counters, tiles, and fixtures, located at 28 Washington St Norwalk, Connecticut 06850  ph: 203-866-1603

The Granite warehouse Akdo, is massive and offers a huge variety of tiles.  I’ve seen so many in homes that I was surprised by the selection at Akdo, there were many unusual and less conventional styles that I have not seen at most tile stores.

If you are looking for that unusual touch, Akdo may have a unique design inspiration for you.   By the time we walked out a few hours later, our heads were brimming with ideas for an artistically inspired back splash.   If you are renovating or building new make sure you stop by Akdo 1435 State St  Bridgeport, Connecticut  203-336-5199,  to peruse their selection of tile and granite slabs. 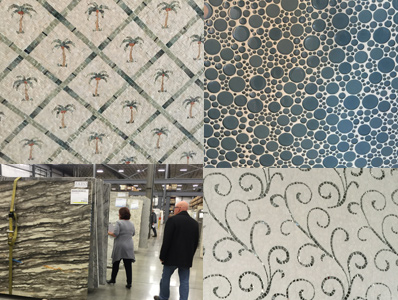